You know you want the first issue of Crozonia!
If you're unsure how to order, just print out this Crozonia Flyer, go to your nearest comic book shop and hand them the flyer. It has the Diamond Order Code (FEB094108). Get your order in before February 24th. Crozonia Issue 1 will ship April 29th.
Posted by Jim Su - Artist, Publisher at 6:06 p.m. No comments: 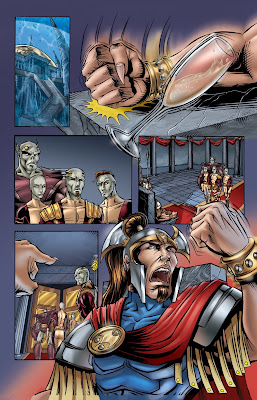 The Previews catalog comes out today. Crozonia #1 is available for order now! Will ship April 29th. Advertisement banners have been bought to run in February. A few feature articles will run as well.
First a press release:

Here is the final pin-up, with colours in Photoshop: 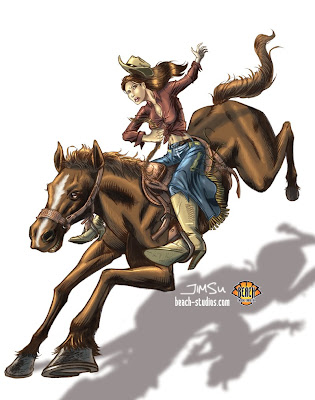 I will be spreading the word, advertising and updating the website with this code. You can give this code to your local comic book retailer to order copies of Crozonia #1. Help spread the word! 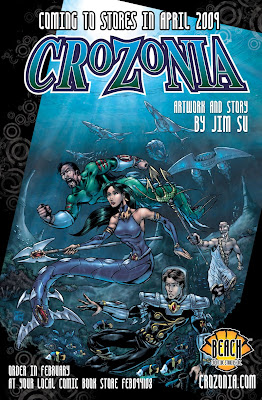 The promoters of the Calgary Comic and Entertainment Expo have asked all the artists to contribute a pin-up to their charity artbook. Here's mine: 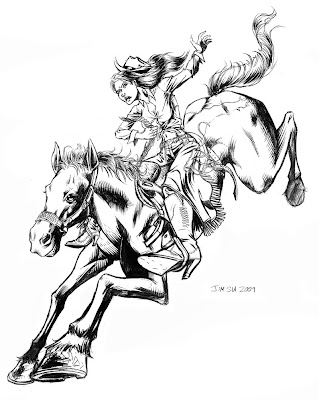 I will be colouring it soon. For more details about the Charity artbook, please visit www.calgaryexpo.com
Posted by Jim Su - Artist, Publisher at 10:27 a.m. No comments: 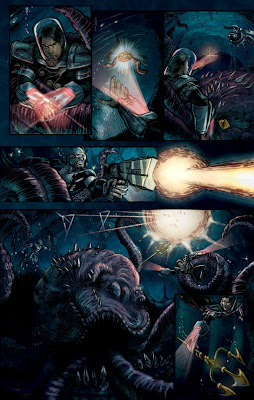 Another crazy page!
Posted by Jim Su - Artist, Publisher at 7:53 a.m. No comments:

Another cinematic page from the much anticipated fourth issue of Crozonia! 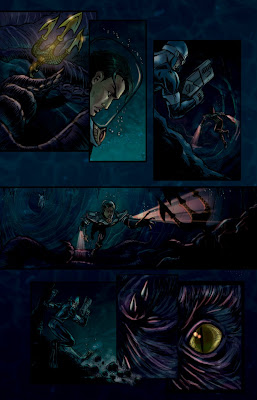 Gavin Blair to appear at the Calgary Comic and Entertainment Expo

Gavin Blair, one of the creators of ReBoot will be makin a rare appearance at this show. There will be a ReBoot Q&A and Gavin will be signing copies of The Art of ReBoot on both days, produced by Beach Creative Studios.

Jim Su will be making his first appearance at the Calgary Expo, promoting Crozonia which will make it's comic book store debut in April!

I have been reflecting on the past couple of years...

2007 was a high point for my studio. I rolled out a few products: The Art of ReBoot, Crozonia #3, The Art of ReBoot: Plug In, a ReBoot Gigabyte Poster, and an ashcan sketchbook. I also did tons of freelance illustrations and worked on Resident Evil: Extinction. I exhibited in New York City, Detroit, San Diego, and hometown Toronto.

2008 saw a dip in production. I did come out with any new issues of Crozonia. Just an Issue #4 ashcan in time for Fan Expo. The freelance illustrations slipped a bit. I also only exhibited in New York City, Chicago and hometown Toronto. I worked on Death Race and Max Payne. But there were lots of positives.

First and foremost, was my first trip back to Korea in over five years. It definitely recharged my batteries and creative juices. I went after some licensed properties due to the success of ReBoot. And although they didn't materialize in 2008, one of them is almost signed, should be official sometime in January. Beach CS was incorporated and given a new corporate task to grow the business. Diamond Distributors accepted Crozonia, and will be on the shelves in April 2009.
Crozonia Issue #4 is the best work I have ever done. The artwork is a huge improvement and the colors extraordinary thanks to Dan Rivera. I will be previewing the Cerberus cave sequence soon.

Expect some big things from Beach CS this year. Making Waves in 2009!